After our class talk with Gustavo Arellano, and my conversation with him on authenticity, I decided to see for myself whether or not I believed in authenticity. I have had my share of what majority would say is “authentic ” Mexican food. I even would never count Taco Bell or even places like Local Taco as having authentic Mexican food. As much as I love Local Taco, I never wanted to admit it because it simply could not compare to a true taco in Mexico. But Gustavo Arellano has now shed light on this subject.

Last week, I went to Local Taco with my roommate Venecia and chose to figure out whether or not I thought there was only one kind of authentic taco. Although, Local Taco is more of a Tex-Mex restaurant, a taco is a taco. Like I said in my previous post, “Mucho gusto, Gustavo”, Arellano described authenticity being anything because it shows how the history of food has changed and evolved. I have had Local Taco before, but as I was sitting there eating my two delicious tacos (one being the Southern Fried Taco and the second being the Tequila Lime Chicken Taco), I decided that I completely agree with Gustavo.

As different as tacos can get, all-in-all they are tacos nonetheless. Some are inspired by the Southern part of the USA, and some take other shapes. I think that figuring out “authenticity” is a type of philosophy, and in my opinion, it doesn’t really exist. There are definitely some types of tacos that I prefer over others, but that doesn’t change the fact that it’s a taco. The tacos pictured above sure are authentic. They might not be authentic to Mexico, but have some similarities. The sure are authentic to Lexington, Kentucky, though, and I would probably be lost without them.

Fun fact: Local Taco was the first place I ate in Lexington while I took my college campus tour of UK, so that might be a big reason why I decided to go to school here. Haha!

In this corner we have Bachata, weighing in as a dance originating in the Dominican Republic! 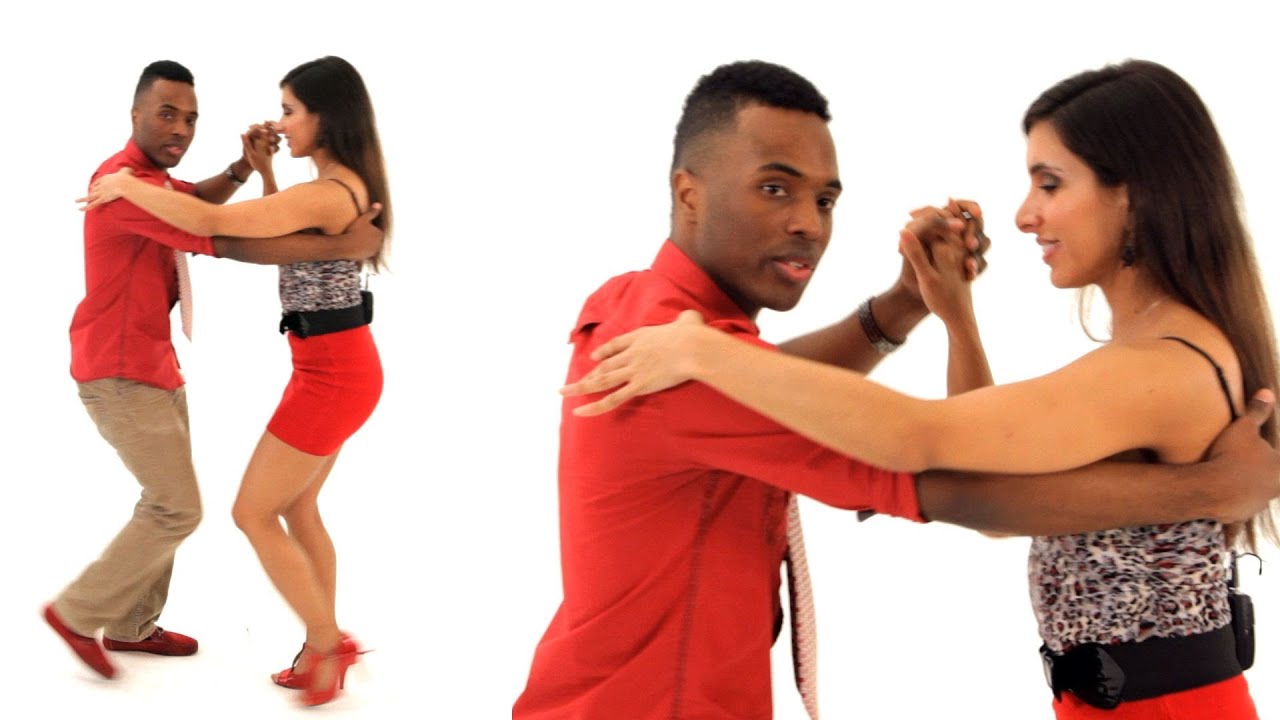 And in this corner, we have Horchata, weighing in as a a cinnamon flavored drink originating in Valencia, Spain!

I decided to do a little research regarding these two things mostly because I was convinced they could be related somehow, considering Salsa the dance and salsa the dip were related. I knew it was be a different type of relation, if any at all, simply because of the ending of “bachata” and “horchata” were the same.

According to Latin Post, this delicious drink derived from Spain, saying, “In terms of etymology, the name derives from the Catalan word orxata, from ordiiata, because the drink was made from ordi (barley).”

When I was looking for information about the word “bachata”, I wasn’t able to find anything similar. All I found was that it is of African origin. So that led me to look for what the suffix “-ata” meant in Spanish.

Turns out, words that end in “-ata” in Spanish indicate an action. In this case, though, “-ata” in the word horchata means “made of or derives from” because it has roots in Latin. Since the word “bachata” came into existence much later, and formed in the Dominican Republic, it means an action, which in this case is dancing.

Unfortunately, Bachata and Horchata have nothing to do with each other, not even the endings of the words. What I would say  that they do have in common, though, is the fact that “bachata” means “party or good time”, and I think we would all agree that it’s one heck of a good time drinking some horchata!

Last Thursday our class had the awesome opportunity to Skype in Gustavo Arellano to ask him questions about his book, Taco USA: How Mexican Food Conquered America, which we are reading in class! It was interesting and pretty fun!

First of all, Arellano is a hilarious and witty guy. So much so, that I felt as though I had known him for years. He spoke with ease to our class and in was definitely more of a conversation than an interview, which I loved.

Everyone in class asked quite insightful questions, but something I really wanted to know was his thoughts on the term “authenticity”, so I ended up asking if he believed that authenticity is a real thing in regards to Mexican food. What made me think of this question was the video that was shared in class on Chef Fabián León and whether or not authenticity existed.

To my surprise, Arellano doesn’t believe that there is a such thing as “authentic” Mexican. He explained that as he traveled to states in order to do more research on Mexican food in the states, he came to find out that authenticity doesn’t have to do with where it was made, but that anything can be authentic — even Taco Bell! Taco Bell is authentic, in his opinion, because authenticity is based on the history of something. It is how food has evolved throughout the years. It’s true that a taco made in Mexican restaurant in San Francisco compared to one made by someone’s abuela at home in Jalisco, Mexico, compared to a Taco Bell taco made for a drive-thru order here in Lexington, Kentucky can taste COMPLETELY different. BUT, all of them are authentic. They are all tacos, but all take different tastes and shapes. It shows the history and the beauty of how the taco has grown and changed over time.

This past weekend, my best friend Emily was in town from Indianapolis. She and I are both a part of a ministry called Young Life that works with students in schools in Lexington. When she lived in Lexington, she was a Young Life leader at Bryan Station High School, and I am at Tate’s Creek High School. Bryan Station is known for having a large Hispanic community, so while she was a leader there, she came to meet many Mexican students. While she was in town this weekend, we hung out with some of her old students, Mayra and Lupe.

I’ve known Mayra and Lupe for about a year and a half now. I love spending time with them because I get to use my Spanish and here and there I make them teach me a few dance moves. 🙂 Recently, they showed me Bachata and some Salsa moves. As we trotted around the room, I started thinking..

Why are there two different meanings for the word “Salsa”?

Have you ever thought about that? One’s a sauce and one’s a dance. Also, the wonderful, cinnamon-infused drink “Horchata” sounds an awful lot like “Bachata”. Those two might not have anything to do with one another, but the ending “-chata” of both of the words had me wondering. Do Mexican foods and Mexican dances have anything to do with each other?

Something to think about. So, I decided to do some research to find out where these things derived from and why they mean what they do, and/or if they’re connected!

I typed in “salsa” into Google Translate just to be sure, but salsa literally means “sauce”. Now that makes sense for the food. But why would they name a dance after something you put on a chip?

Well, come to find out, it makes plenty of sense. Salsa the sauce came first. It it known for it’s colorful mixture of ingredients that give it a flavorful – and sometimes spicy – taste! Just like the sauce, the dance has the same characteristics. Okay, maybe not the whole “food” part, but Salsa dancing is known to be sexy and “spicy” as people like to call, consisting of a variety of moves. The origin of Salsa dancing and Salsa music began in  the Carribena, in Cuba, actually,. This type of music is grouped with Spanish, African, Cuban, and South American sounds and cultures. According to dancelessons.net, “The name “Salsa” is the Spanish word for sauce, connoting (in American Spanish) a spicy flavor. The Salsa aesthetic is more flirtatious and sensuous than its ancestor, Cuban Son. Salsa also suggests a “mixture” of ingredients, though this meaning is not found in most stories of the term’s origin.”

This delicious condiment, spicy, yet cultured, not only serves a purpose around the dinner table, but also tells a deeper story on the dance floor — one that shows deep roots that have a history. Now, go ahead and picture two sides of salsa doing intricate foodwork like I am… Nope, just me? Alrighty then. Suit yourself.

Next up, Horchata vs. Bachata!

“This humble disc, whether made from corn or flour or wheat or even New Age spinach, transmits heritage, race, class, and beauty within its circular border with each filling bite, with each crises fleck.”

“Without the tortilla we have no taco, no burrito, no enchilada, no nacho or tortilla chip stranglehold on our sports viewing, no transmission of essential nutrients, no way for the poor to stretch out a meal by sprinkling salt on one and calling it a lunch, or cook gooey, slightly burned quesadillas. In short, with no tortilla, there is no Mexico. There is nothing.”

“The tortilla is the essence of Mexico, what unites the country from Tijuana to the jungles of Chiapas to outer space, even if geography stretches or condenses it, fries them or rolls them or — shudder — puts them into cans, as previously discussed.”