As a continuation from my previous post, I decided to figure out what enchiladas suizas are made out of, how they’re made, what are they typically made with, and how they came up with the ridiculous name of Swiss enchiladas..

Where I went first was the Mi Pequeña Hacienda website! That was the first place I ever saw had enchiladas suizas after returning from Mexico, so I thought it would be best to figure out what’s in the ones I personally eat all the time. According to their menu, it said this:

Turns out these babies are made with CORN tortillas. I honestly had no idea and also didn’t really know there was a difference until it was brought up in class!

The next question I have is, what exactly is tomatillo sauce? So I looked up what’s in it: 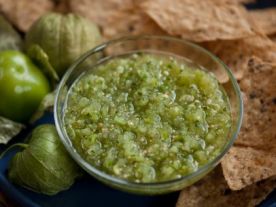 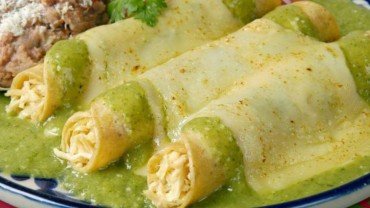 Come to find out, enchiladas suizas are named “swiss enchiladas” en Español because this plate was introduced to Walter Sanborn (the founder of Sanborns) when he visited Mexico because he said that they reminded him of the Swiss Alps.

Now all I can think about is devouring some of these!